Start by Separating the Little Stuff From The Big Stuff 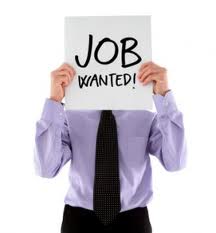 In a time where people are focused not just on getting ahead – but staying afloat in a shifting economy by continuously doing what they can to bolster their job security, there are a few “must know” steps to watch for.  First things first — Keep your personal lives personal. While it’s tempting to share in the office -in times of stress people tell secrets that they would not ordinarily tell. What do you risk when you tell too much?   First, you will get advice you don’t want, and secondly, people may use your confession against you.

I’m not saying there aren’t exceptions.  Of course if there is a death in the family, divorce or illness that may temporarily hinder work performance then you absolutely should communicate with management. That way you can avoid the inevitable slide in efficiency, unreturned calls or emails and work together to re-distribute your work load short term.   Taking a pro-active approach when something major happens to shake your ability to perform is always a better course of action than trying (unsuccessfully) to keep the plates spinning or hiding that there is a problem.

As management team members – be wary of the slippery slope that can occur when employees look to you for advice.  Lending an ear or acting as a sounding board is one thing, but friendly counseling in serious matters is dangerous territory in a professional office. Without the advanced degree of training necessary to be a true therapist – you could end up in serious hot water even while just trying to help.  Remember, we live in a litigious society and lawsuits are filed every day. It seems as if everyone is suing someone. It is unbelievable to me the kind of personal advice managers are giving to employees. They are being legally careless.  Your best bet?  Keep a list of available resources to help employees with personal matters or refer them to your medical insurance provider’s list of referrals.

An Age of Victims

During the 1940s, 50s and early 60s, businesses were based upon a hierarchical model. This was a “Do what you are told to do!” top-down management era. Job satisfaction and happiness were not considered rights and you were supposed to work and go about your life without complaining.

Later on in the 1960s, the credo, “If it feels good, do it!” came along and the workplace began to change. The focus was on the individual, with practically a disregard for other people. During this decade and the one that followed, businesses strove to make their employees happy. We went from one extreme to the other.

Despite the efforts of business management, by the early 1980s most employees described themselves as unhappy at work. If they had to stay even 10 minutes later than usual, they became angry. As a result, consumers became dissatisfied with the way they were being treated by these unhappy workers.

The business world’s solution to the growing consumer dissatisfaction was to bring in “experts” to train employees how to treat others politely. Paying an employee to learn basic manners and respect for others does not sit well with me, and I look forward to the end of what I call the “Age of Victims.” You can distinguish yourself from the complaining mob by embracing etiquette and ethics. When two employees have the same technical ability, the one who is most professional and courteous is the one who survives.

Management’s biggest weakness is a lack of courage to appropriately, consistently and fairly evaluate the people under their leadership. An employee should know where they stand at any given minute, not just once a year.

One of two things will happen when proper evaluations are done: 1.) remediation—an employee will be coached and trained to become more productive, or 2.) termination—an employee is determined to be inadequate and the record of evaluations provide the documentation to justify letting this employee go.

It is a poor excuse to keep a poorly performing employee because you cannot fire them. The law simply requires proof and documentation of just cause and due process. An employer who can’t fire someone is a manager who has not done a consistent job of documentation in a way that will stand up in court.

Communication is a two-way street.  Employees who are unsure of their responsibilities need to ask management for clarification. Too often employees choose to learn by osmosis or go through the motions without having a clear understanding of what is expected of them.  All too often as well managers are willing to allow that to continue to take place.

The real bottom line is having the ability to pro-actively communicate effectively about the BIG stuff – life events, illnesses, trauma that affect your ability to bring your all to the table in a professional manner (without sharing every little detail!)  Then taking all the little stuff –gossip, relationship woes and water-cooler talk in check so that you STANDOUT from the crowd and keep your personal life – well – PERSONAL!

Connie Podesta is a game-changing, idea-generating ball of fire whose rare blend of humor, substance, style and personality have made her one of the most memorable, in-demand speakers in the world today. 25 years.Two million people. 1000 organizations. Hall of Fame speaker. Award-winning author. Seven books. Former Radio/TV personality. Comedienne. Human Relations Expert. Therapist for 30 years. Topics on sales, leadership, change, life balance and success. And (what we all probably could use now and then)…a Comedienne. To learn more about Connie and what she can do for your team visit her site www.conniepodesta.com or find her on Facebook at www.facebook.com/Connie.Speaks -- she’s fun to follow!