More From the Life Would Be Easy Series… 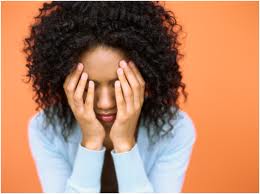 Passives take the path of least resistance by tuning out, ignoring, avoiding or backing away and withdrawing from people and situations rather than dealing with them head-on. I know they say the “meek shall inherit the earth” but it sure don’t make it any easier for the rest of us (or themselves for that matter) whether it’s in the workplace, at home, at a family gathering or dealing with customers. So let’s explore what’s going on inside this always intimidated, afraid-to-get-their-needs-met and often frustrating personality. That way you’ll know how to spot the red flags and warning signs and put your counter-passive ploys into play!

Ask yourself: Have you ever said “yes” when you meant “no”? Agreed to do something you really didn’t want to do? Given in to someone’s demands because you didn’t want to make them angry or hurt their feelings? If so, then you have used a passive communication style.

Think about times when you decided it was just not worth the hassle, anguish, frustration, time, or energy to deal assertively with a person or situation. Instead, you choose to ignore or avoid the problem, often hoping it will just go away. That, my friends, is passive behavior. Passive personalities are intimidated when faced with manipulative anger and feel guilty when faced with manipulative hurt. Passives may avoid a confrontation, but in so doing they create a great deal of unhappiness for themselves. Did you know that most stress is caused by avoiding problems and people rather than dealing with them? Imagine that!

NOTE: there will definitely be legitimate times when letting go and walking away is the most ASSERTIVE, courageous thing you can do. Anytime where you feel you could be in danger, walk away. If you have tried everything you can and you have reached a point where you need to sever the relationship in order to stay safe and sane–then do what’s right for you. Those are times where you are not QUITTING passively, but taking a bold stand to be selective about who and what you allow into your life.

All right — No more excuses, please. People with passive personalities love to tell themselves that their input does not matter. They even make excuses when someone is treating them badly. Rather than place the blame on the manipulator, they often blame themselves saying, “It must be me. Something I did caused this to happen.” The passive plays right into the hand of the aggressive personality. (And trust me – they don’t need that much help!)

Newsflash: It’s easy to see why aggressives love to work with, be friends with and marry passive people. Because passives do whatever the aggressive wants without even a whimper of dissent or honest discussion.

Aggressives favorite thing is to push others to the limit to see just how much they can get away with. Passives often fail to set any limits at all. Passives have a hard time in a leadership or parenting role because they don’t set fair, consistent boundaries. And when someone takes advantage of them, they let it go, rather than have consequences in place for that behavior. What would they rather do? Let others make all the decisions so they do not have to be responsible if things do not work out. Enough! You must decide to take control.

As adults, we all have the power to make our own choices and we have the obligation to assume responsibility for those choices. No one will treat us any better than we expect to be treated. You may have experienced things in your life over which you had no control, but guess what? YOU can control how you allow those experiences to define you as a person.

There are two main reasons passives have a hard time with confrontation. Many simply hate the physiological changes that take place in their bodies when they are in a tense situation. The fear of what might happen if you take a stand combined with the anger and frustration of not speaking up is enough to make anyone ill. Many more learned at a young age that in order to stay out of trouble they needed to just keep their heads down and their mouths shut. Those may be honest, uncomfortable feelings, but in order to move ahead in life things need to change.

Assertiveness is about taking control of your life. Passive is about letting go of control and handing it to others. Fearlessly setting boundaries means identifying healthy and ethical principles upon which to base your life, and making sure that how you treat others and are treated by others is within the framework of those principles.

How do passives get their way? They seldom do. Passives generally have very low esteem as a result of making unhealthy, even self-destructive, choices. They feel “unlucky” or “misunderstood”. They feel sad and hurt because they get taken advantage of and expect people to read their minds. Passive people usually avoid saying “no” in order to be nice. They think the only alternative to being nice is to be mean or selfish. Aggressives enjoy being around passive people because passives allow them to do their own thing, in their own time, in their own way, even if it involves manipulation and abuse.

Passives are generally intuitive people who play a game called “let’s see if you can guess what I want.” The problem is that they expect others to do the same for them. This “testing” usually leads to their disappointment. Surprisingly, the passive person values healthy, assertive principles for everyone but themselves. They do not believe they deserve what they work so hard to give to everyone else. In the passive person’s futile attempt to be all things to all people, they often fail to live up to the very principles they work so diligently to model.

When passivity becomes our default response, we have a big problem on our hands. Not only do we continue to “compromise” with nothing gained, but our ethics and values are inevitably compromised as well. As a result, our self-esteem is diminished.

Compromising with another person is one thing. Compromising ourselves is quite another. It is nearly impossible to maintain a healthy sense of self-respect when passive is the communication style of choice.

Think about how you interact with passive people. Do you let them get away with not fulfilling their promises, playing the victim role or making excuses for not getting the job done? Do you deal with them assertively? Do you provide a safe environment where they can say what they feel without retribution? Or do you take advantage of their passive nature and use it to your own advantage?

Next, think about a time when you chose to be passive. Why did you choose to be passive? Were you afraid of hurting someone’s feelings? Were you afraid of making someone angry? Were you trying to get your way through manipulation rather than being honest about what you really want and need in life? If so, then speak up. Life is too short to expect people to know what you want and how you feel. YOU have to take charge and make things happen.

Want to learn more techniques and strategies for dealing with DIFFICULT people?  Check out my Life Would Be Easy If It Weren’t For Other People book today! Click here!

Want to read more articles relating to this topic?  Try these:

Life Would Be Easy If It Weren’t For Difficult People and Communication:  The Good and the Bad

Be sure to connect with Connie on Facebook if you have questions of your own about dealing with difficult people in YOUR life!