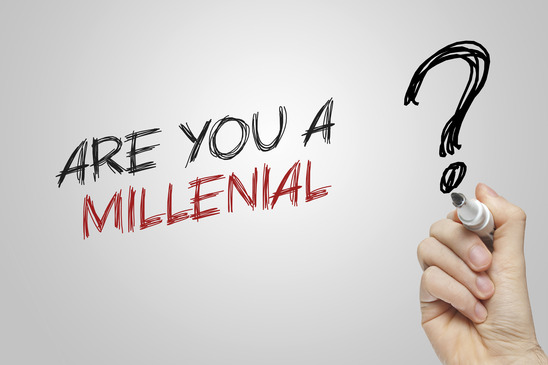 12 Insights from Someone Who’s Been There, Done That

I recently spoke to a large audience made up mostly of millennials. And they had tons of questions about working with “older people”.  And I realized … hey, that’s me! I am always teaching people how to deal with the millennials, but I never teach them how to deal with us. So, in fun, here are a few good tips when working with the rest of us that just might come in handy. Whichever side of the generational fence you’re on – these will be good tips to take with you! 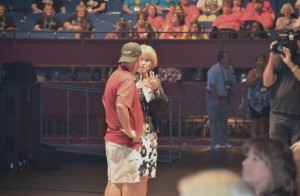 1. Make a “voice call” on your phone. I know. It seems archaic. But they seem to like it. Go figure. It’s a grand way to communicate while hearing a person’s voice at the same time. Even though they are capable of texting, their ADHD skills aren’t as honed as yours and they don’t mind the extra time it takes to get through a conversation. For some reason it makes them feel closer to you when they can attach a voice to the words.

2. Be patient. Give them some leeway if they don’t return your texts immediately within a few seconds. When they were young they had something called “a life” which means they did other things besides having constant communication with their friends. They often go back to those days and have experiences that are phone-free. During those times they may not even look at their phone for minutes at a time. And texting again asking “are you there?” won’t help. You may have to just wait it out. For some reason they seem to be even better focused once they return to the real world of constant chatter.

3. A little goes a long way. You might be wise to take some “small talk” awareness classes if you find yourself in a meeting with a boomer. Their brains seem wired to make it impossible for them to get right to the point. And you will often witness them talking about nothing for a few minutes then suddenly switch into work mode. They will often expect you to join in. A couple of meaningless stories. Or an anecdote or two (look that word up on your smartphone if you need to) accompanied by a quick smile will usually suffice and help get business going again.

4. Meals matter. So with boomers work will often have to come to a standstill at least once a day for them to eat. And they aren’t easily satisfied with a protein bar and a latte. They are looking for things such as fruits. Even vegetables. And get this… they like to sit and eat. For whatever reason they seem to lack the skill of standing, eating and texting all at the same time. Probably has to do with some form of arthritis.

5. Timing is everything. Boomers have a thing about time. Most likely caused by their insistence on wearing watches which make the exact time available at any given second. They take it personally if you are late. And late to them means not on time. Not at all our definition of late. I’m not saying you have to give in to their timely demands but prepare for an angry reaction as though their time is as valuable as yours.

6. Look in the mirror. Boomers have strong feelings about work attire. They associate certain clothing with specific situations. Such as certain clothes for work. And certain other clothing for leisure (you know that outdated form of personal time). Many of them still own what’s called an iron. Wrinkled attire seems to stress them out and cause a decline in production.

7. Personal life is, well… personal. They have an aversion to the whole world knowing who they are and what they are doing every second of the day. They grew up with the need for “privacy”—which means keeping certain information to themselves. It makes it hard for you to constantly check them out and see if they have the ability to make everyone think their life is awesome even if it isn’t.

8. They sleep. Boomers still try and sleep as much as our early ancestors did – up to 7-8 hours a night. They have convinced themselves it is important to sleep in order to be what they call “refreshed” in the morning. They haven’t figured out that you can stay up late, get little sleep and then drink tons of coffee to get “refreshed”. The best thing to do if you work with a boomer is to brag about how well you slept the night before. They seem to respect you more for that. Imagine that!

9. They finish things. Boomers usually lack the ability to do ten things at once. You will often witness them doing a project and staying with it until the very end. (I know this is frustrating for you to watch.) They view something called “results” as a measure of who they are. They haven’t figured out its about how many things you do at once–not whether you finish any of them.

10. They respect putting the time in. Boomers have a mindset that some things should take a long time. Like promotions. Raises. Big houses. They have an old archaic saying you will hear that “good things take time”. Or “paying your dues”. Just ignore these sentiments and keep pushing for immediate gratification. Surveys have shown there’s nothing (not even medication) that will change their belief that we feel (in their words) “entitled”.

11. It’s all about conversations. Boomers like to talk and do what they call “get to know you”. They will often ask questions like “How are you today?”, or “everything ok?” I know it’s weird, but they also like to “talk through things” which means, in their words “let’s get to the bottom of this”. These are all attempts on their part to change the conversation away from how to make more money to how to make more friends. They thrive on relationships that involve digging deep into, hold on here, “feelings”. You might find yourself sharing things that are really about you, not just pictures on Facebook showing where you are and who you are with.

12. Living in the Moment. You will find them frustrating to watch when something really grand is going on. Like an awesome sunset. Or a sky full of fireworks. They are apt to put their phones down (I know, right?) and literally savor the experience instead of taking pictures, Facebooking and sending them to the world. They seem to feel that “savoring” (another word they use a lot) the experience and the resulting memory is better than recording it for friends. Offering to send them your pictures so they can post them later might help them see what they’ve been missing.

Bottom line: We are all different. Each generation has traits that drive other generations crazy as well as awesome, amazing talents and abilities that they bring to the table. Learning to accept and have fun with one another is key to getting along and working together as a team to get results. And the truth is, most of us are both happy to share – and happy to learn. There are things we can all teach each other every day – and that, in itself, is a very valuable lesson.